Are internet comments controlling your thoughts?

But when it comes down to it, we don’t know much about TheEarthquakeGuy at all. To most of us, he’s an anonymous internet commenter, with no verifiable credentials; we don’t know his real name, what he does for a living, or what makes him more qualified than the rest of us to serve as Reddit’s resident earthquake expert. Still, we continue to trust, and even seek out, the information he shares online.

In this era of the open and diverse Internet, we’ve come to rely on strangers for almost every kind of decision we make. From Yelp reviews, to Zappos ratings, to Lonely Planet message boards, anonymous contributors across the web help us navigate daily life.

And now, a new study suggests, internet strangers aren’t just influencing what we do, they’re actually shaping how we think.

This month, researchers at Québec-Université Laval published their findings on how internet comments influence readers’ opinions. To understand how influential internet comments can be, researchers divided participants into three groups. Participants were asked to read the same article about the contentious topic of home birth, followed by a different set of comments. Group one saw only comments praising home birth, group two saw only comments criticizing home birth, and group three saw no comments at all.

Not surprisingly, the results showed that the comments did in fact change readers’ perceptions of the same article. Readers in the first group were more likely to have a positive view of home birth, while readers in the second group had more unfavorable opinions, and readers in the last group fell somewhere in the middle.

The study’s conclusion is clear: comments play a powerful role in shaping reader opinions. That means even if a news article is impartial, commenter opinions can shift the tone and influence readers in a way that was never intended by the author.

While the repercussions of the comments may seem harmless for travel tips and restaurant recommendations, that might not be the case when it comes to more serious decisions in life. Commenters across the web dole out financial advice, medical counseling, and relationship tips.

Still, researchers were quick to point out that while readers are influenced by comments from their peers, removing the comment section altogether isn’t a viable solution. “This doesn't mean we should shut down comment sections or attempt to suppress personal stories,” noted Holly Witteman, the study’s lead researcher. “If sites fail to host such discussions, they are likely to simply happen elsewhere.”

As the study suggests, the issue isn’t just that biased comments exist. The issue is that, as readers, we don’t write them off as hyperbole. Instead, we internalize their messages and actually change our actions and opinions to align with the beliefs of our peers—even when those beliefs are clearly one-sided.

What’s a publisher to do?

If news sites want to showcase diverse opinions without letting commenters run the conversation, researchers say it’s up to the publishers to get involved. “In some cases, it may even be reasonable to allow for expressions of unconventional ideas, accompanied by respectful responses clarifying the facts,” explains Witteman. “That's why we recommended in our paper that health websites with social media features have a budget for a social media community manager and for content experts like healthcare professionals or medical librarians who can explain the nuances of evidence and answer questions raised by readers."

The solution, according to the researchers, is for publishers to actively participate in discussions and chime in when readers give unsound advice based on misinformation. Researchers believe that when paired with the right moderation strategy, internet comments can actually provide new insight that readers might not otherwise have access to.

Readers everywhere can benefit from the diverse opinions available on the open web. Through internet comments, we can tap into the personal experiences of strangers and the industry expertise of people like TheEarthquakeGuy, which ultimately helps us make more informed decisions.

Still, while publishers recognize the value of this information, they might not be aware of the unintended effects on their readers, who aren’t always reading comments with a critical eye. Researchers agree that comments add value and perspective to online content, however, the question of who is responsible for these comments is still up for debate.

What’s your take? Is it the reader’s responsibility to take internet comments with a grain of salt, or is the onus on the publisher to apply their own journalistic standards to the comment section? 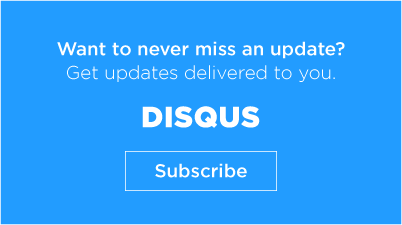