7 Disqus Sites You'll Want to Check Out Before the Oscars 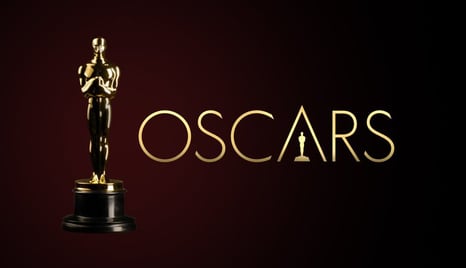 With the Grammys and the Super Bowl behind us, film fans around the world are gearing up for the 2020 Oscars. Nominations for Best Picture and Best Actor/Actress are filled with amazing movies and performances from the past year.

In this post we’ll take a look at several Oscar nominated movies as well as highlight some of our favorite movie sites from the Disqus community of publishers. Movie geeks, this one’s for you! 🎬

Founded in 2007 by Simon Brew, Den of Geek (DoG) covers film, TV, streaming content, comics books, video games, and more. The site expanded to US and Canadian markets in 2012 and has been on the rise ever since. 📈

However, if you’re not super into Comic-Con, we got you! With the Oscars just around the corner, Den of Geeks’ David Crow talks about Billie Eilish, her amazing career thus far, and her plans to perform at the 2020 Oscars. While you’re at it, take a look at the cast, story details, and more on the Oscar nominated Ford v Ferrari.

If you’ve never visited this site, the name alone is enough to paint a dark picture. Maybe they really like horror movies? 😱 In reality, the ominous sounding name comes from the original site name, /Film. So in this case, the slash is the forward kind of slash… not the Freddy vs Jason kind.

What started out as a small staff in 2005 has since turned into a booming community of fans. In the beginning, Slash Film focused on celebrities and movies in general, but today, the site covers the geek-centric side of film and entertainment.

In preparation for the 2020 Academy Awards, we urge you to check out Slash Film’s breakdown of the 20 movies nominated for this years’ Oscar Award for Best Visual Effects!

Number three on our list is an excellent source for everything geek. According to their “About” page, Geek Tyrant (founded in 2008) is made up of a small team of volunteer geeks with “incredible enthusiasm for movies, art, tv cosplay, games, and all things geek.”

Joey Paur is one of those journalists. In a recent post, Paur explains how Disney has pushed hard for several Oscars, including Best Picture, for Avengers: Endgame. “Being the highest-grossing movie of all time isn’t enough for them, they want to bring home some awards and they are pushing for several of them!” You can check out the full article here.

Similar to Den of Geek, Geek Tyrant covers much more than just movies. They also provide news and updates in the worlds of gaming, art, music, comics, and their journalists regularly take viewers inside events like Comic-Con, Sundance Film Festival, and E3.

Founded in 2001, Super Hero Hype has been a fan-favorite for many years as a source of news and updates on superhero movies, video games, tv shows, comic books, and more. The site has a thriving forum where users come together to discuss and debate on topics ranging from movies, books, and music, to politics, sports, and tech support.

The site’s reporting fierce competition over the top Academy Awards this year. Joaquin Phoenix’s performance as Joker has secured his nomination for Best Actor. As Super Hero Hype writer Blair Marnell explains, Phoenix isn’t the only actor to have received an award after brilliantly portraying the Gotham City madman:

“Phoenix [is] the second performer to be nominated for playing the Joker after the late Heath Ledger. In 2009, Ledger posthumously won a Best Supporting Actor award for his role in The Dark Knight.”

According to the site, Joker was also nominated for several other awards, including Cinematography, Film Editing, Sound Editing, and Makeup & Hair, among others. Click here to check out the site and to read Marnell’s full article.

Created in 2011 by Dan Abrams (Abrams Media), The Mary Sue is an excellent source of geek-centric entertainment news and updates. It’s a sister site to Geekosystem and it caters specifically to females, and according to the “About” page, it’s a “geek girl’s guide to the universe.”

The Mary Sue highlights women in the “geek world” and gives them an established platform to speak and collaborate. In 2014, because of its rapid growth, Abrams Media merged Geekosystem into The Mary Sue.

With the Oscars right around the corner, one of the “geek girls,” Brittany Knupper, addressed Martin Scorsese’s most recent Academy Award nominated mob thriller, The Irishman. Highlighting the impact of the movie, Knupper calls The Irishman “Scorsese’s Avengers Endgame!” Knupper’s thorough full review of the movie can be found here.

AlloCiné was born in 1993 after a French entrepreneur by the name of Jean-David Blanc had the idea to launch a telephone and web-based movie ticket service. The 22 year old Blanc teamed up with Patrick Holzman to make the dream a reality.

After a decade at the helm, Blanc sold the company to Vivendi Universal, a French media conglomerate. Today, AlloCiné provides fans and followers with film & TV news and information from around the world. The site is a great resource for film fans around the world and it’s easily translated with Google Chrome page translator, so don’t be shy!

France will be “doubly represented” at the 2020 Oscars, according to AlloCiné contributor Brigitte Baronnet. In her piece from January, 2020, Baronnet highlighted two films in particular that will compete for awards in the categories of Short Films, Animation, and Live Action. Read her full story here.

Rotten Tomatoes is one of the most popular review-aggregation sites in the U.S. and beyond. It was launched on August 12, 1998 by three college students attending the University of California, Berkeley by Senh Duong, Stephen Wang, and Patrick Lee.

Rotten Tomatoes was sold in 2016, along with its parent site Flixster, to American ticket company Fandango (might have heard of it 😉). Flixster, a social networking site for movie lovers and critics, was dissolved in early 2018, but Rotten Tomatoes is still going strong, despite its rollercoaster history.

Speaking of history, Sam Mendes’ “single-take” WWI thriller, 1917, had an excellent night at the 2020 British Academy Film Awards (BAFA) in London and is up for several Academy Awards at the 2020 Oscars including Best Picture, Cinematography, Directing, Makeup & Hairstyling, Visual Effects, Writing (Screenplay), and more. Read the full story on Rotten Tomatoes here.

We at Disqus are thankful for all of our wonderful publishers. We’d love to hear about your favorite movies and entertainment sites, as well as your thoughts going into the 2020 Oscars. Drop us a comment below! We’re also curious in hearing about your Oscar predictions, so take a quick minute to vote in our poll here: