A Look at Publishers 1 Year After the Facebook Newsfeed Changes 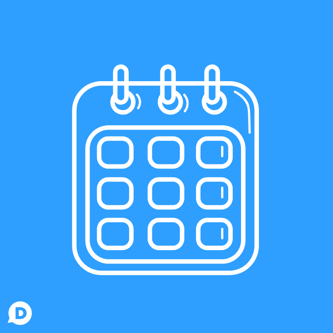 In January of 2018, Facebook changed its News Feed algorithm to prioritize more “meaningful interactions” from friends and family. The algorithm doesn’t just promote posts with the most comments but rather posts with replies to comments that can propel a conversation forward. As Facebook de-emphasized content from businesses and brands, many publishers lost significant referral traffic and had to re-evaluate their strategies to maintain and grow their readership. Facebook’s algorithm change was a challenge to most publishers, but particularly difficult for the ones that relied heavily on the social media platform to distribute content and drive traffic. So, over a year later, let’s take a look at what publishers are doing to replace that lost referral traffic. Many changed their approach on Facebook and explored different social platforms for distribution, such as LinkedIn or Instagram. They also took a look within to see how they can tweak their internal strategies.

One of the most critical components of Facebook’s new ranking algorithm is engagement. While publishers are still sharing most of their content on Facebook, they should be focusing on encouraging people to become part of the discussion. One way publishers can do this by inviting their followers to share their opinions and feedback. For publishers to be successful on Facebook, they must share relevant content that inspires users to tag their friends or initiate a discussion. Facebook said that “Pages and brands that make posts that users don’t comment on or react to will see lower distribution. On the other hand, pages whose posts spark conversations between friends won’t see that decrease.” So it’s more important than ever to engage with your Facebook followers and invest in building a community on the platform. A few ways to do this include giving your followers clear call to actions, for example, asking them to share personal experiences related to your post or tag a friend that may be able to weigh in. It’s also a great practice to try to create posts that encourage readers to start a dialog within the comments. Publishers can do this by asking thought-provoking questions in their posts or by actively soliciting feedback from their followers.

Replying to comments on your posts or articles is a great way to increase the impact of your posts. As Jennifer Lindenauer, CMO at Upworthy said: “We’re seeing a lot of our values-aligned content rise to the top — stories that reflect where our audience stands on an important, topical issues, but can also spark interesting conversations and dialogue in the comments.” So as engagement now plays a more significant role in Facebook’s organic reach, it’s crucial to develop a relationship with readers. Create more personalized responses, acknowledge their input, and start to build long-lasting trust. A loyal user who regularly engages with your Facebook posts is more valuable than a quick like.

By building relationships with your audience, you can nurture them into becoming regular visitors, enabling you to reach them directly from your site. Publishers such as The Daily Beast began investing more time into developing relationships with their readers by creating new and more targeted newsletters. This is a good strategy as publishers may be able to see promising results by creating personalized newsletters that include non-homepage stories. This strategy could drive more traffic directly to their site and lead readers to consume less visible content. Slate is another excellent example of a publisher that didn’t face massive blowback from the news feed change because they diversified their strategy from the start. They used their podcast to continue to expand their reach and integrated paid subscription memberships and personalized newsletters too.

An important (and for some, brutal) lesson learned from the Facebook news feed change is that it can be risky to rely on just one source for the majority of your website traffic. One of the best ways to protect your business from significant changes as a result of Facebook's ever-changing landscape (or any other powerful platform) is to reduce your reliance and become more self-sufficient. On the decline of Facebook’s referral traffic, Margarita Noriega, a former executive editor at Newsweek Digital, noted: “The long-term effect could be a healthier news economy, one that’s less reliant on the whims of a single company and more so on the open web.”

Google, Apple News, LinkedIn, and Instagram are all emerging as reliable sources for referral traffic as well. For example, Boston.com received more referrals from Apple News in the last year, now with 90 million regular readers. While Apple News traditionally has been known for its news-centric articles, it is increasingly becoming a great resource for publishers with a broader range of content. Google Chrome suggestions are also an excellent source of traffic for many publishers, such as New York Media who saw a 150% increase in returning visitors over the last year, and Mozilla followed suit, adding a similar content section to their browser. These new recommendation sections on web browsers proved to be a useful source of traffic for publishers.

Moreover, with publishers searching for alternative platforms, LinkedIn is working on releasing new features and prioritizing their analytics. As a result, the platform experienced a 60% increase in likes and shares year over year. Publishers such as HuffPost UK are catching onto the trend, focusing on producing text articles that cover more work-related topics that appeal to the typical LinkedIn User. Shortlist Media is another impressive example, as they are recruiting a team to focus solely on LinkedIn content and traffic. A great practice is to observe what others are doing well on LinkedIn, whether that be experimenting with video, short and concise text posts, or playing around with hashtags. Test different types of content to figure out what works best for your page and run with it!

Similarly, Vogue and The Lily customized their content after better understanding what their audiences wanted. They now focus on covering more news and events and syndicated that content to Instagram to replace their lost Facebook traffic. “‘It’s used as a news source now,’ Yabsley [Vogue Digital Director] said. ‘We increased our posting schedule to include breaking news and exclusives, solely as a reaction to the audience.’” Vogue also published more evergreen content including either new or recently updated articles, leading to a 130% increase in referral traffic over the past year! Unlike time-sensitive news, evergreen content stays relevant and can continue to drive traffic long after it was first published. Because of this, it can be periodically be promoted as part of your long-term strategy. Other publishers are allocating additional resources to Instagram and are producing more news-driven posts with links back to their website. This strategy is useful, as your followers start to see consistent and relevant content and will start coming to your site for reliable news, opinions, and information. Publishers are also learning to look into which topics are performing well on what channels, and using that information to their advantage. These different platforms are proving to be effective solutions to lost traffic, but over time we’ll see which trends stick. Ultimately, publishers are not only diversifying their distribution strategy but tailoring their content to match each platform as well.

Nevertheless, it’s more important than ever for publishers to strengthen and diversify their distribution strategy while also focusing on establishing a relationship with their audience. Publishers that can successfully create those relationships with their audience are less reliant on third-party platforms. A great way to start building relationships with your followers is encouraging them to spark discussions in response to your content, and then engaging in that conversation with them. Collecting email signups is also essential as it is a more intimate way to speak to your audience. You are appearing in their inbox where they receive other personal communication from friends, family, and work. Additionally, it’s good practice to personalize your newsletters by inserting data such as members’ names or targeting specific members that have shown interest in particular topics. These two methods combined are a great way to reach your audience and deliver your message directly. Publishers should pay attention to audience feedback, and incorporate it into their content or posts. It also never hurts to reward loyal members, and this could be done by featuring their comments in an article or responding directly to them in a post. Remember, increasing traffic is only half the battle; turning your readers into loyal visitors is the other half! 👍

So we want to know, what new strategies have you adopted in the last year since the Facebook change? What are your current plans to create a loyal audience?