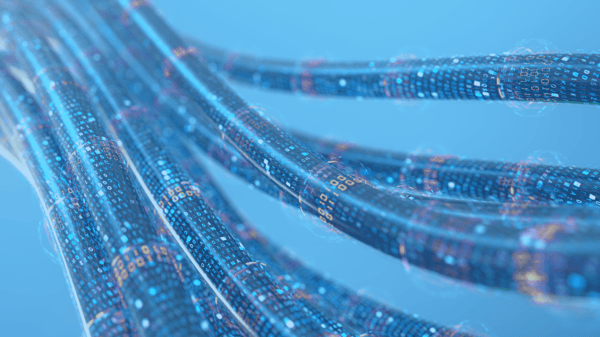 Google’s plans for third-party cookie deprecation have become an evolving saga that continues to keep both advertisers and publishers on their digital toes. The phaseout of the legacy technology – at the behest, according to Google, of consumers clamoring for more privacy – has big implications for how advertisers can target and track consumers across channels and devices and how publishers can monetize their audiences. Since Google’s initial announcement, both buy and sell sides have been trialing different solutions that will enable them to continue driving results and revenue in an era without third-party cookies.

As it stands right now, third-party cookies will officially retire by 2023. We think. Probably. Maybe. But even if Google changes its timeline yet again, there's lots publishers can be doing to prepare for the inevitable, like strengthening their owned data strategies in anticipation of a first-party cookie digital environment.

In January of 2020, Google officially announced that they would phase out third-party cookies by 2022. As we all know now, we were on the precipice of a worldwide pandemic that would disrupt our work and personal lives, causing many to put their third-party cookie replacement plans on the backburner. A year later, Google released public trials of Privacy Sandbox, an open-source initiative to develop new technologies focused on privacy-complaint tracking in Chrome that included its interest-based advertising initiative Federated Learning of Cohorts (FLoC). They also announced changes to targeting in Display & Video 360, Google’s demand-side platform.

In March of 2021, Google clarified that it would not build alternate identifiers for tracking across the web or use them in their products. Chrome also put forth a new proposal called FLEDGE that expanded on the previously named TURTLEDOVE that involved using a trusted server to store information about a campaign’s bids and budgets. Then in June of 2021, Google pressed pause on third-party cookie deprecation until at least 2023 because it had “become clear that more time is needed across the ecosystem to get this right.”

For many advertisers and publishers, this update produced a collective sigh of relief as it meant everyone had more time to prepare their replacement strategies and solutions. However, other industry players cautioned to avoid pumping the brakes on evaluating and testing solutions. The more time to get it right, they suggested, the more time to choose the right solution and continue building up valuable stores of first-party data to form the basis of a new audience targeting strategy.

Though we’ve just started the new year, Google has already released yet another update to its third-party cookie plans. The tech giant said it would no longer pursue FLoC as a third-party cookie replacement and would instead propose the Topics API, a new interest-based advertising approach informed by Google’s “learning and widespread community feedback from our earlier FLoC trials.” Topics identifies five of a consumer’s interests from their device-based web activity over the course of one week. Chrome then stores these topics for three weeks after which they delete them. Topics shows advertising partners three of the five interests, including one topic from each of the previous three weeks.

How publishers can keep preparing for third-party cookie deprecation

Amidst Google’s changing plans, one thing has remained clear: a first-party-based data and identity strategy will be not only viable, but preferable for publishers to continue monetizing their audiences post-third-party cookie. First-party data, of which many publishers have a treasure trove, establishes a direct, opted-in relationship with users built on mutual value exchange. The data can be used simultaneously to personalize user experiences AND collect more data over time at key moments throughout the user journey. Some of the most successful ways to collect and use first-party data include newsletter signups, site registrations, exclusive offers and content and surveys, quizzes and polls.

Employing a comments section is another tactic that can deepen the publisher-user relationship and provide a great source of rich, first-party audience data. Unlike social media which takes users offsite, comments sections keep audiences on a publisher’s website. Comments sections can also generate repeat visits and expose users to relevant advertising.

Publishers can get more out of their comments sections by encouraging users to register to access them and making the registration and subsequent login process seamless. Implementing an SSO integration is a way to ensure a better user experience and retain control over your data. SSO functionality protects users from predatory tracking and spam, strengthening the trust and value exchange between user and publisher. Disqus for Business, our enterprise solution for teams who want to drive audience growth at scale, offers seamless and secure SSO integrations along with a full suite of powerful engagement and moderation tools.

There’s no need to wait for Google’s next update to shore up your first-party data strategy with tactics like a comments sections. While you won’t get a medal for staying ahead of the deadline, you will increase your probability of acquiring and retaining loyal site users as you use first-party data to create more relevant, privacy-friendly experiences.