Life At Disqus: Meet the People Who Bring Discussions to Life 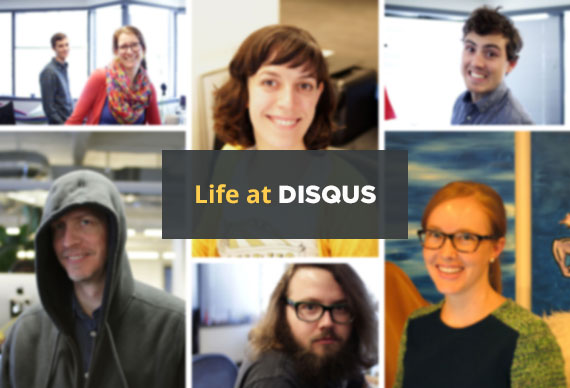 In July, we started a series called Life At Disqus. Inspired by Humans of New York, this project aimed to share the story of Disqus through the people who work here. Every week, we introduced a new Disqusser, sharing insights into their passions, hobbies and aspirations.

During the course of running Life at Disqus, I was reminded of one important fact: technology isn’t what makes communities so special - it’s the people. We’re a team of geeks, mavericks, and quirky characters passionate about what we do, just like the types of eccentric and tight-knit communities we hope to foster every day through the products we build.

I hope you enjoyed following along as much I did being able to bring these stories to life. Here now is a recap including some extra tidbits we didn’t publish the first time around. 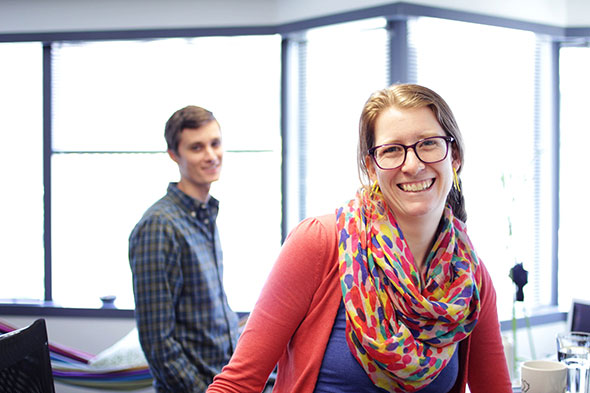 What’s a memorable case you handled as part of the Product Support team?

There were a couple of celebrity support cases. One time, I opened a case and was like “Oh my god, it’s Zoe Keating!”

She was tweeting about Disqus?

She emailed us! Something wasn’t working with her blog and I got excited thinking “I get to help Zoe Keating! This is awesome!” And then she writes back “Oh, I figured it out.” And then I was like “Awesome! Good job, glad you were able to resolve it!” 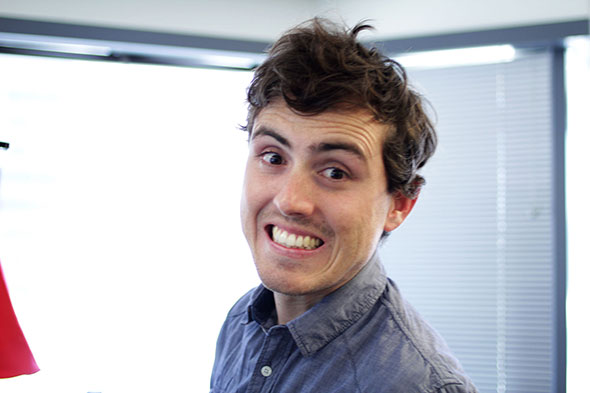 What are your proudest accomplishments at Disqus?

Always pushing for simple solutions. I’m proud of being that guy that says “No, let’s make this simple. Let’s not complicate it. Let’s make it work and figure it out after that.” I think that’s my biggest accomplishment. Instilling the mentality of building simple things that solve a problem. We’ve ended up with products like our ad server that are really simple and work really well. It takes effort because a lot of people like to complicate things. We’re just human.

What are your plans for the future?

Six years ago - and I’m from a small town in Portugal - if you told me that 1, I’d be in San Francisco and 2, I’d eventually be leaving San Francisco to go backpacking around the world, I wouldn’t have believed it at all. It wasn’t even in my plans. It was something that just gradually happened. And even this mentality of being a little bit more relaxed is something that took time. When I joined the company I was a different person. I think everyone’s personality changes with time and mine is going in this direction. 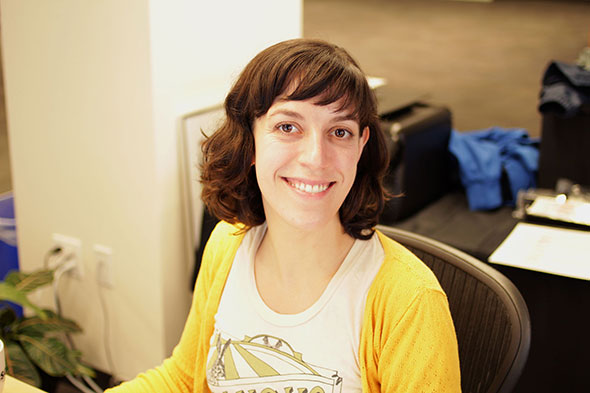 How were you introduced to lindy hop?

There was a swing music and dancing revival going on. There was the Gap commercial, the Swing Kids, Swingers the movie, and Cherry Poppin’ Daddies. My friend had started taking lessons and she taught a bunch of us how to dance. She and I started a club in college where we would take our club on field trips to an actual dance school with actual teachers who knew what they were doing. That’s when I was introduced to the dance school where I started teaching.

The dance matches the music very much. It’s dance to jazz which is improvisational. Swing jazz has a very recognizable structure that is easy to sing along to and find the beat. “Oh, that’s a swing out, oh that’s a tuck turn.” You and your partner decide the sequence of the moves, how long it lasts, how you’re going to style them. It’s very much like salsa and tango where you start a dance and you have no idea how it will unfold. 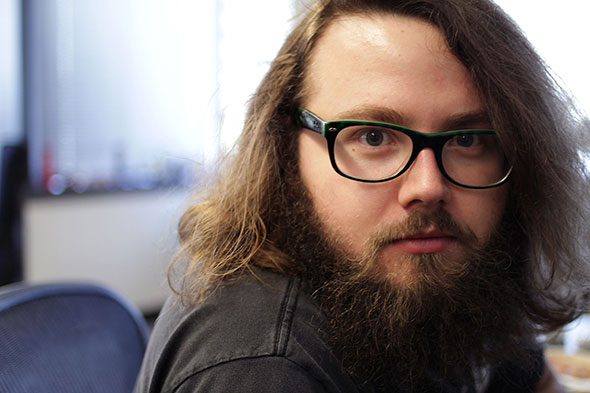 What did you learn from running your own company?

The biggest thing that I learned from running a business was learning what I don’t know. When I first got into all that shit, I assumed everything was easy, I knew how to do everything, not a problem. Then I started making a lot of money and realized that taxes became really difficult. You have payroll taxes and all that stuff that I didn’t know. I thought I would just Turbo Tax that shit and I just completely messed up.

How were you introduced to programming?

When I was 8, my grandma introduced me to programming but I don’t think she knew it. Back then, if you wanted to add stuff like color to your emails, everything was purely HTML and so you had to put in a font tag. Nowadays, email clients have these WYSIWYG editors where you just highlight some text and then bold it.

My grandma kept this notebook of all these fucking codes on how to do things. I don’t think she thought of it as programming. This was just how you did it. If you want to make something bold, you put a “b” around it and put a font tag. She had like all these color codes. I think that was my first introduction to something that was like coding. 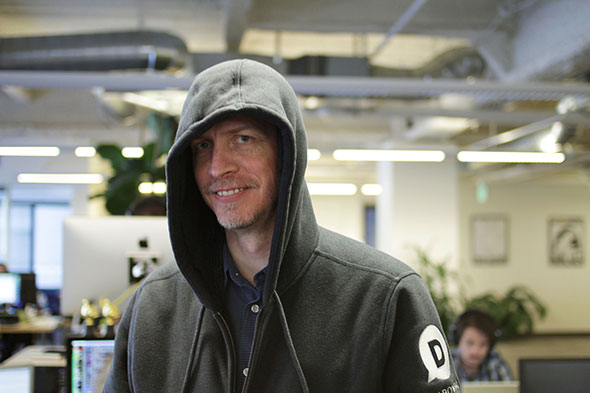 What do you hope will change in the future for software development?

I’d like there to be more software developers in the world. It used to be that you could be a software developer without any formal training. Now it’s getting both easier because of open source and harder because to become really good at it, there’s a lot more to know. The complexity of computer science has advanced dramatically. It used to be that you could hold a huge chunk of what was known about computer science in your head and now you can’t.

What has changed the most for developers since you started out as a programmer?

The biggest thing has been open source. Open source has had two big effects. It has allowed individuals or small teams to build really interesting stuff, and second it allowed people to be system integrators in a way that wasn’t possible previously. You used to have to build your own everything. If you can stand on the shoulders of other people, the amount of leverage that is available to the individual programmer is astonishing. That’s the biggest change.

I would go bike from Madrid to Moscow with my wife. Start in the spring in Madrid when it’s not too hot. Of course, I would have to convince my wife to do that, but bike touring is my favorite thing to do on the planet. I’d like to bike across Africa and India. There’s a trail called the Great Divide that basically runs from Canada to Mexico in the Rockies. I’ve been talking about doing that next year with a friend of mine. 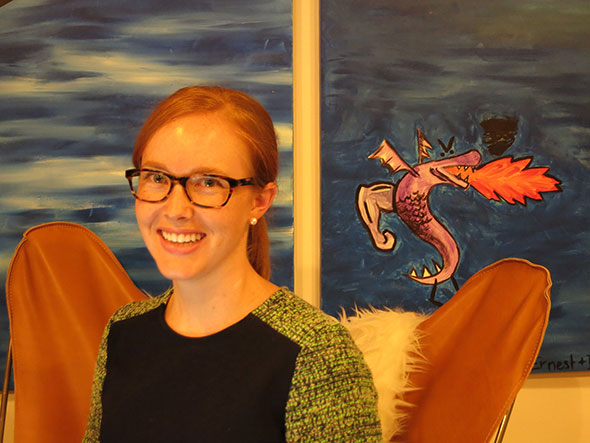 Where were you born?

I was born in Tokyo. I have so many pictures from my parents of me as a little baby. Apparently my mother would often get stopped on the street. One time she was holding me and someone came up to her and asked “Is it human?” There aren’t a lot of redheads in Japan.

The really funny part is that, Margie, who is also on the Ads team was also born in Tokyo and at the same hospital. It was our first week and Tom, who is our manager took us out to lunch and we were just chatting. I said “Oh, I was born in Tokyo” and she responded “Oh, me too.” I thought that was weird and said “I was born in Aiiku Hospital.” She was like, “What the hell, I was too.”

What do you like to do in New York during your free time?

I live close to Central Park. I’ve been to this thing twice this summer called Shakespeare in the Park. It’s free but first come, first serve. People literally start lining up at 6 in the morning which is crazy. Only New Yorkers would do that.

They get really good actors. I saw King Lear, who was played by John Lithgow. I also saw Much Ado About Nothing. I also saw an actor from Game of Thrones. They had someone from American Horror Story. Annette Benning was also in King Lear as well. It’s just a really cool New York thing. There’s a theater right inside Central Park. You wait for tickets for so long and then you go that night and watch a really cool play.