What Disqus Commenters Are Saying About Game of Thrones 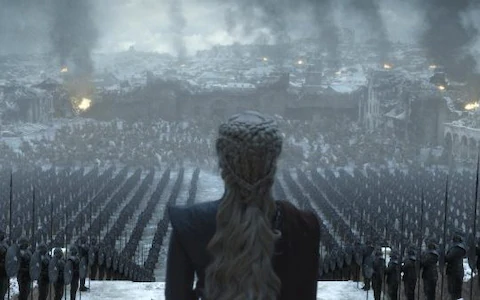 The final season of Game of Thrones took the world by storm with jaw-dropping plot twists and beautifully crafted battle scenes, but the finale received mixed reviews from loyal fans. With the series now concluded, let's see what people are saying about the end of the 8 season series that stole our hearts. Warning - major SPOILERS ahead!

With over 17 million people tuning in this season, we reviewed what Disqus commenters had to say about the explosive final season. 🔥 Before we jump in, let's take a look at some commenters' predictions and lingering questions for the final season. Many of them analyzed events, clues, and foreshadowing from previous seasons to craft theories about the ending. Let's see how just how accurate these comments were.

Fans took stabs at predicting the future of Westeros and how the series would end. Though some were far fetched, viewers knew that anything could happen in Martin’s epic world of fantasy. 🐉

After 7 seasons of build up, we were all eager to see who would ultimately sit on the Iron Throne, if Cerci would face justice, and if humanity would even survive the army of the dead. ☠ The season opened with witty banter and long-awaited heartwarming reunions. Some were even quite optimistic about the rest of the season:

Before we knew it, we were almost halfway through the final season, which delivered the most epic battle scene thus far. Mistakes were made, men were lost, and fans were divided.

I, for one, loved this episode and was totally on board with Alexandra Finet below 👇:

After the glorious Battle of Winterfell, some felt a little uneasy about the quick victory. The series rarely gives us exactly what we want, so fans were cautious about the remainder of the season-- and rightly so.

While sailing to King’s Landing, it seemed like Dany was in the clear, but then an unexpected attack took Viserion down, and our beloved Missandei was captured and killed by Cerci. At this point, many of us knew Dany was on the verge of doing something unpredictable. However, I don’t think anyone was ready for what lay ahead.

My thoughts exactly. ☝️To say the least, people were angry at the lack of character development and rushed plot line. In fact, episode 7 left people feeling so upset that more than half a million people are calling for a remake of the entire season!

On the other hand, some fans were happy with how this episode played out, claiming that Dany delivered on exactly what she said she would. 🔥

After the controversial sack of King’s Landing, many of us felt confused and completely unsure of how the season would end. All bets were off, and instead of one of our mighty characters winning the Iron Throne, Drogon melted it down to almost nothing. The leaders of the remaining houses gathered, and they crowned Bran the Broken as the future leader of the six kingdoms. I mean, who saw that one coming?

Though many felt disappointed, some fans were happy with how the series concluded:

So after 8 seasons of plotting, deaths, war, and triumph, what did you all think of the grand finale? 😱