What Disqus Commenters Are Saying About The Lion King 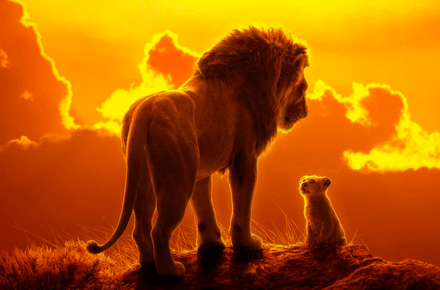 One of this summer’s hottest films hit theaters last Friday, and this highly anticipated live action rendition of The Lion King took us on a rollercoaster of emotions: we laughed, we cried, we cheered, we boo-ed (*cough, cough* Scar). For those who haven’t seen it, I warn you to stop reading now--cause spoilers!--but if you’re familiar with the original, you know what’s coming. In the months leading up to the film, and over the weekend especially, people flocked to the Internet to discuss Disney’s latest remake. From the highest of praise to flat out disappointment, comments about the new Lion King covered an array of sentiments--let’s see what Disqus commenters thought!

Obviously, we’ll begin our discussion of The Lion King with the impressive lineup of celebs making up the cast. Beyonce, Donald Glover, Seth Rogan, John Oliver, Billy Eichner, John Kani, James Earl Jones (back from the original for round 2!), the list goes on. Disqus commenters, including myself, were certainly looking forward to their presence on the big screen. Oh, and just in case you were wondering, it’s rumored Beyonce made anywhere between $15 and $25 million from the film. Same. 🤑

The cast is so remarkable that even those who tried to stay away couldn’t.

Before the movie was released, commenters shared some strong opinions in response to the film’s announcement and trailers. For many, The Lion King brought back memories of their childhood. The original animation was released in 1994 and 25 years later, people can still clearly recall seeing the film.

People took strongly to the nostalgic nature of the remake, attributing it to the chatter and excitement surrounding the film.

We observed a range of excitement for the remake. On the one hand (the hand I definitely agree with), the movie’s announcement was the greatest thing since sliced bread. People--and apparently babies--could barely contain themselves!

Others, however, were less excited. Some feared the remake wouldn’t live up to the original, and a handful of commenters weren’t thrilled that Jeremy Irons (the original Scar) was not called back to the stage--I mean, microphone? The most common complaint: Disney’s lack of originality.

WisdomKing had a touching explanation for the haters--wise words that proved to be a true testament to his username. And if this doesn’t bring tears to your eyes, I don’t know what will.

Despite differing opinions regarding the remake itself, there was one thing everyone seemed to agree on: the movie’s earning potential 💰

And they were right. So far, the movie grossed $531 million across the globe, so it looks like the live action is on the road to a cool billion dollars indeed 👆

There was certainly some despair regarding Mufasa’s death, and if you saw the remake over the weekend, you know this unease was completely warranted. Even this version of Scar’s betrayal hit hard, and had us saying, “Tissue, please!” 😭

So what did people actually think of the movie? Mixed reviews, of course.

Did you see or are you planning to see the movie? 🦁 Why or why not? We’d love to hear your thoughts below!