Zero to One: How community leaders build the future of your community

There’s a golden age in every nascent community. A period when social norms are still forming, the membership is small enough where you can still keep track of who’s who, and the interactions still feel very personal.

Emerging from this infant stage are community leaders, the pioneers that turn a small, undefined idea into thriving online communities. While they start out as the most active users, they eventually grow into role models who other commenters look to for advice and guidance. Ultimately, they represent the voice of the community and what it stands for and unites behind.

…it is the founding team that determines how the software will behave, who set the tone, define the limits of what is tolerated on the service.

This insight helped Flickr grow into one of the largest online communities for photographers in the world. Forget about sweating over which platform you should use, crafting the perfect marketing campaign, or growing your social media following. Community leaders are the biggest predictor of whether a community will flourish or flounder.

In this post, we’re going to show you how focusing on community leaders will help you build the future of your community. Let’s get started.

Most people are familiar with Disqus as the commenting plugin that powers discussions for millions of sites on the Internet. In recent years though, Disqus.com has also been home to a growing body of user-created discussion forums, or channels, covering a wide range of topics from superheroes to music.

At the end of 2014, we set our sights on introducing the very first movie discussion community as the successor to a beauty and fashion channel. With countless movie communities on the Internet (especially on Disqus like Slash Film and Birth.Movies.Death), we knew we had to make ours special.

To do that, we started enlisting passionate commenters who loved to talk about movies. We were lucky when we found three incredible movie fanatics who became the first moderators, the guardians to this new home on the web, and the leaders of a fledgling community.

Two of the moderators kicked things off by introducing themselves to the community:

She Who Must Be Obeyed by la.donna.pietra

In the first three months, the Plot Threads community grew to over 15k members, engaged in over 200 discussions, and posted nearly 10k comments. It was the fastest-growing channel ever on Disqus.

How did community leaders contribute to that early success?

Active contributors are absolutely essential to a community’s success. And with three community leaders at the helm of Plot Threads, the community became more active. In addition to starting the majority of the early discussions, they also hosted the most active conversations.

Responding to commenters individually acknowledges to them that their thoughts matter and that this is a place where they are welcome. As a result, people are more likely to engage and participate more actively in the future.

A community isn’t likely to produce editorial-quality content right off the bat. By focusing on discussion content that were accessible, the Plot Threads community leaders provided models for how to host a really great discussion. While they set the bar high, their standards encouraged others to reciprocate.

Defining the identity of your community

The seeds of any new community are planted by its founding members. Having a clear mission and stated goals are fundamental to any new community and it’s up to the community leaders to define that. Before starting a community, every founder should ask themselves:

We dug through some old notes from our conversations with the Plot Threads moderators as we were prepping to launch. We were brainstorming ideas around how to make this community great and had asked each of them to share a specific personal goal they hoped to achieve. Here’s what they shared with us:

NoDuh! Foster a place for dialogue about the movies you love.

Vycevictus: Uncover the films that people rarely hear about, the diamonds in the rough.

Spark great discussions about movies that revolve around world events. Think investigative reporter with a lense through modern cinema.

By clearly articulating the goals of a community at the very beginning, it gives people an identity that they can align with. Skip this step or rush past it then you will face a challenge akin to restoring a neglected garden that has been taken over by weeds and stubborn roots that have sapped the soil dry. Like any garden you hope to cultivate, communities require thoughtful care and nurturing when you start out. If you water it, tend to it, defend it against the harsh elements of the environment, then maybe it has a chance to flourish and become the rich, vibrant place you envision. 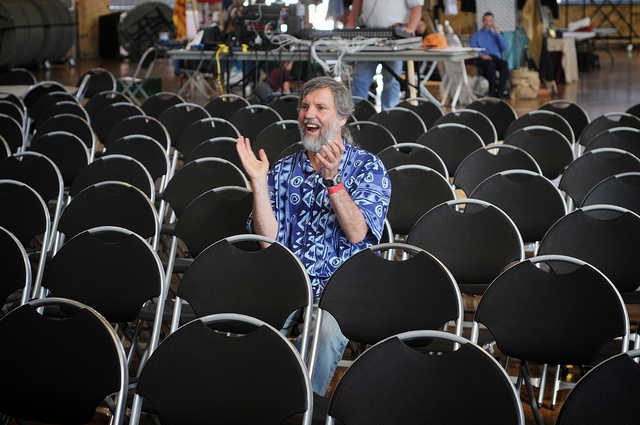 If you’re looking to start a community today, find the community leaders first. With Plot Threads, we started with a small group of diehard movie fans. Instead of figuring out how we were going to acquire the first hundred or thousand members, we started off very small by building a community for just those three super-users.

This is important for two reasons:

How do you know if you have the right group of community leaders?

That test tends to arrive when the founding members eventually depart. Communities are constantly evolving; regulars recede or disappear completely with new faces shuffling in their place. If you've built a small group of prominent contributors who set the tone for the community, your community will continue to flourish, even after your community leaders have left.

By recruiting and mentoring potential leaders, community leaders are not only planning for tomorrow, but also developing a succession plan to strengthen the community as it moves into the future.

Paving the road towards a lasting future is crucial to effective community leadership. Community leaders need to mentor regulars who can one day step up and assume greater responsibility. Is your community ready to graduate?

Here’s one thing I want you to do right now:

Come up with a list of the people you think can be leaders in your community. Talk to them and learn as much as you can about who they are, their aspirations, and what they care about.

It could be a dozen people you know IRL, that you follow on Twitter, or even personas of your ideal user.

Well, what are you waiting for? When you’re done, come back here and let me know how it went! Thanks for reading.