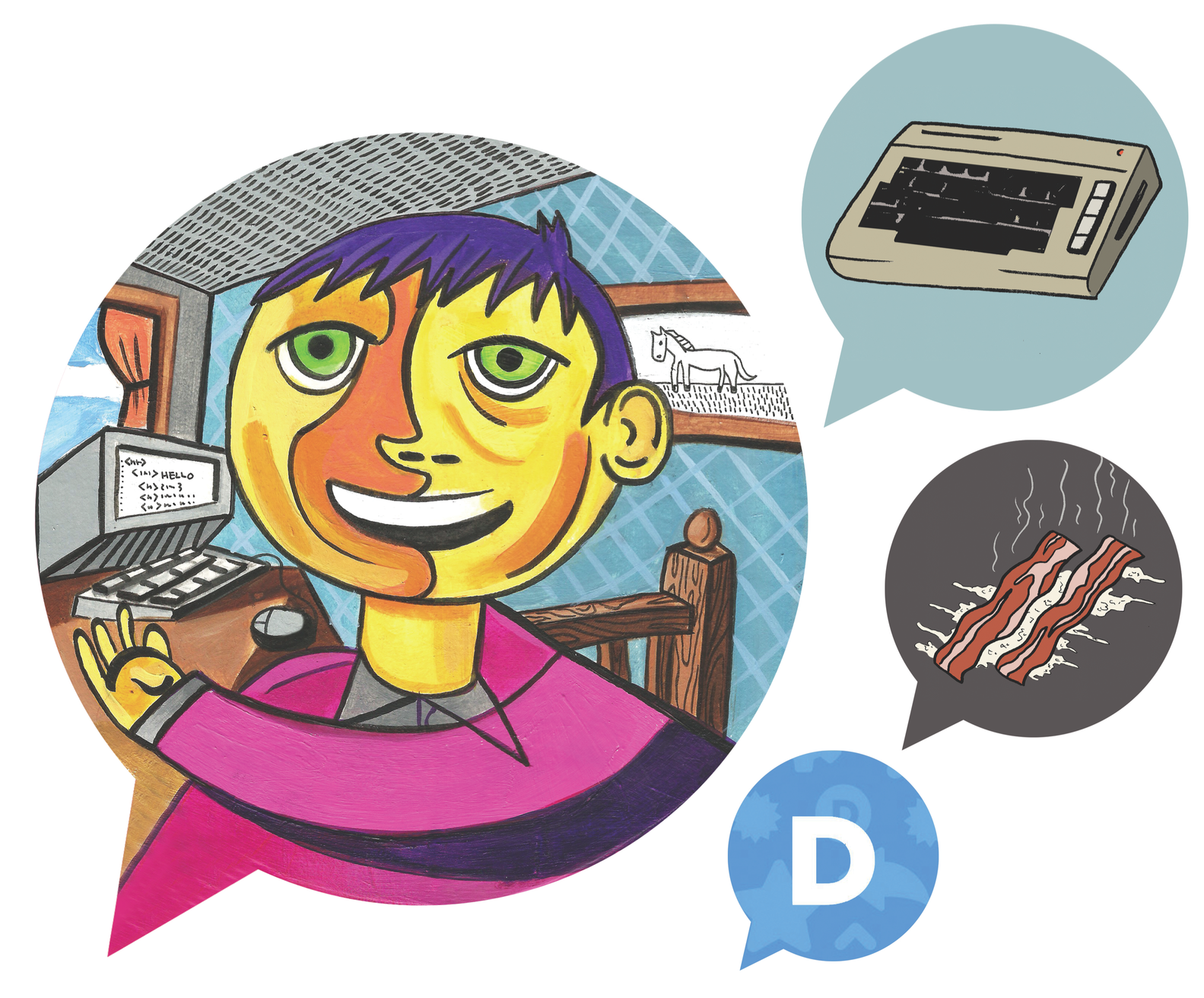 Getting help from an Internet stranger is a pretty surreal experience. You open a browser tab with beads of sweat trickling down your brow, and find your way to a support forum in hopes that your burning question will be answered by some noble human who has more knowledge than you.

Kandric is one of those everyday Internet heroes who is dropping some knowledge on you until you no longer feel confused and alone. We have had the pleasure of interacting with Kandric in our very own help community: Discuss Disqus. You’ll likely find him hanging out in a recent discussion doling out helpful tips and guidance to you when you need it most. Kandric deserves some serious upvotes (I’ve already expended all of mine) for being such a positive voice to the Disqus community, not to mention that he’s extremely friendly and witty.

Kandric is just one example of the type of person who makes online communities special. I was excited to learn a little more about the elusive person behind the keyboard, and I’m happy to be giving you the inside scoop on our very own internet celebrity –– you’ll even find out how Kandric creates his eccentric avatars. Cue dramatic hollywood music...

Q: What’s the most funny/interesting/ridiculous thing to happen to you on Disqus?

I'm not sure it counts as funny or ridiculous, but I met one of my best friends on Disqus. Not joking; we met whereabouts on CNN and became close. Eventually we discovered we only lived a few hours apart – so we met up in person and a few times since.

Ridiculous, I suppose, could be the clones. When I was moderately popular on CNN, I was cloned quite often – to the point where my name was put on the naughty-words list, as the clones were less than polite.

Funny...in a community I frequent there's a lovely woman from Arkansas. For some reason she refuses to acknowledge turkey bacon as a thing. So we got into a three-day-long, heated discussion about whether or not turkey bacon qualified as bacon. Needless to say, I went out, got a pack of turkey bacon, prepared it, ate it and admitted defeat. Though, from time to time, I still give her a hard time about it.

Q: You seem pretty savvy when it comes to helping other people solve their tech problems. What first got you interested in computers, technology, and other internet-y things?

Ah, yes. Well, when I was a wee lad, wearing my diaper, my dad had a Commodore64. Which, by then, was rather old itself. But I loved it; there was one fishing game where I obsessed over catching a rainbow trout. Talk about foreshadowing. Following the death of Commodore, we built our own computers. I remember putting together computers with my dad – upgrading, rebuilding, cleaning, the lot. I suppose I never really had a chance to be anything other than a nerd. Naturally with all the computer-based quality-time, I came to love them.

I went to college for graphic design, but rather took a like to coding. So I went to more university and got a degree in Web Design and Interactive Media. I've been working as a front-end developer ever since, though my job title did change to "Software Engineer" at the beginning of this year. I still mostly do HTML & CSS, but I've been learning JavaScript lately and that...well, let's just say it's not going that well.

Q: What's one Disqus feature that you couldn’t live without (besides, you know, commenting)?

Upvotes! I live to maintain my 2:1 upvote ratio! No, not really. I could do without upvotes. What I couldn't do without is my inbox. I post frequently, so I cannot have an email sent to me every time someone replies to me. I tried it and some days I would get over 100 emails. There's no way I can keep up with that! The inbox is great, though, because it lets me check and see how my comments are received and if I need to respond to a simple comment, I can right there. If it's a more in-depth discussion, the inbox lets me go straight to the discussion so I can see the context and keep the discussion going.

Recently, with the Home upgrade, I've been very fond of that as well. I've subscribed to my favourite sites and I get to see all the articles from them, even if they don't make the front page. Similarly, the Discover feature (for Games and Tech, anyway) have led me to some new communities to follow.

Q: What are your favorite communities on Disqus, and why?

I like Discuss Disqus. Honestly, I do. I like to help people, so it's a great fit! Even though there are a few people that get on my nerves, it's pretty awesome to chat with people like Gary Rumain, who I would never speak with otherwise as we're polar opposites, politically.

Though my favourite community is probably the much-rumoured Romper Room (which does exist, but if anyone asks, it doesn't). It's a place where outcasts from CNN's awful banning policies took refuge. Through its year-and-a-half long history there have been ups and downs, like anywhere, but it's my Disqus home. I'd hand you out a link, but it's really an invite-only community so there's be no use! It would just drive the moderators insane. I've made a great many friends there and even met a few in-person! Daniel, obviously you're invited, though. Bring cookies.

Q: What's your most upvoted comment (if you can find it!)?

Unfortunately, until the comment search comes back, I've lost this one. I took a look at the API, too, but I don't think I can find it that way. I once had a comment on CNN that had over 3000 upvotes. It was something generic about how same-sex marriage was going to be a thing, no matter how hard people were fighting against it. However, it got enough flags it was sent to the moderation queue and that's as good as deleted there. They don't even use Disqus anymore, so there's no real reason to go back.

Q: Did you draw your own avatar? Have you always had purple hair?

I did draw it. I got tired of finding what others had done as avatars so I thought I would put my schooling to use and make a little cartoon character. I call it my "me," which is super creative, I know. Hold the applause, please. My me has always had purple hair, though I have never had purple hair in real life. Round-abouts the time I started getting interested in doing fun things with my hair, it all fell out. I was only twenty. Very sad. Anyway, my me has been to space, been a zombie (there was a cure, no worries), visited Disney (measles-free!), gone to the beach and had a tonne of other fun! Even went emo for a day, which involved (temporary) black hair dye. Most recently, I got a new outfit. Since I made me as a vector, he's super scalable. I'm thinking of asking Elon Musk if he'll paint my face on the moon. Crowdfunding would support that, right?