How publishers are using Snapchat 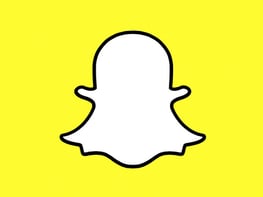 Many of us remember the dreaded Snapchat update back in 2018 when they announced the redesign to the layout of the app, immensely confusing the majority of their users. The change was so disruptive that even Kylie Jenner took to Twitter to admit she no longer was using Snapchat, resulting in a loss of $1.3 billion from the company’s market value (6% decrease to their stock price). However, in the last year and a half since the drastic interface changes, Snapchat’s global user growth has actually exceeded expectations! Don’t believe me? TechCrunch reported that Snapchat has apparently added 7 million new daily active users in just the third quarter alone, bringing their daily active user base to 210 million (compared to the 166 million they IPO’d in 2014). It’s also estimated that Snapchat would reach 297.7 million monthly active users by the end of this year. On top of that, their share prices have actually tripled since the beginning of the year, according to TechCrunch. 📈

Since the impressive turnaround, Snapchat has been introducing new tools to help publishers increase their viewership such as Curated Our Stories (COS). This tool gives publishers access to users’ posts to make their own curated live stories, for example CNN used this feature to cover the fire at the Notre Dame Cathedral. The social discovery team at CNN was able to leverage 16 different user videos showing distinct perspectives of the fire, and were then able to add additional detail such as text and graphics to fully describe the scene. “What was so key for Notre Dame is we got it up really quickly. We knew it would be such a story [for] this audience that so key on visuals,” said director of social discovery, Justin Lear, at CNN. Although CNN did not provide exact viewership numbers, it said its various editions range from 5 million to 20 million viewers.

Keep in mind that Curated Our Stories aren’t only for breaking news! You can use this tool for lifestyle or comedic content, or even fun challenges. For example, Wave, a sports media company, created themed editions around certain popular activities like yelling “Kobe” when you make something into the trash can. COS’s can deliver you a viewership in the hundreds of thousands, and have even been reported to garner numbers ranging from 10-20 million views! Apart from viewership, it’s also important to measure the subscribers you can gain from your stories. A COS edition on “Flips” (literally people filming themselves doing flips) received 35.2 million total views, 3.4 million unique views and 100,300 subscribers.

Similarly to TikTok, if you’re trying to engage a younger audience, Snapchat can be a potential goldmine, as more than 60% of its total audience is under 25 years old. Additionally, with content sourced and supplied by Snapchat, utilizing this platform can also be more cost-efficient for publishers who don’t have a team of writers, designers, or animators.

It’s important to note that publishers cannot actually see who submitted the public post, which also means that they cannot communicate with them. This is a key difference from the sourcing that publishers can do on Instagram or Twitter, but despite the lack of communication or attribution, participants have reported that it’s a significant and profitable tool for storytelling.

Publishers such as Whistle, Group Nine, and many others are seeing their audiences grow and gaining quite a profit from Snapchat. Although the Snapchat user base isn’t growing quite as rapidly as it once was, it still puts up a good competition for other apps like TikTok (however TikTok has not yet introduced a way for publishers to make money on its app). A recent Digiday survey found that 65% of publishers consider Snapchat a significant revenue driver. For publishers that are on Snapchat Discover, the revenue sharing system from ads drives the majority of their profits. Snapchat has also introduced share buttons, which serve to make it easier for publishers to drive traffic back to their own site from Snapchat directly.

Snapchat most recently announced its Creative Kit in October of this year, which allows its users to share media from outside applications to Snap. The Creative Kit also enables publishers and brands to add “Share to Snapchat” buttons to their websites (on both mobile and desktop), allowing Snapchatters to easily share content via the app. To really sweeten the deal, Snap Inc., the app’s parent company, said that each Snap shared via those buttons will contain a custom-branded sticker or GIF, attached with a link to drive content back to the original site. Snapchat reported that over 100 million Snapchatters engaged with Snap Kit partner apps in September of 2019, and stated that more than 450 different apps have integrated with Snap Kit.

Whether it’s in the form of shoppable games or dynamic ads, the social media company has been adding new ways for publishers and marketers to make money, and it’s worth keeping an eye on. Because the types of content that many publishers are creating for Snapchat are a mix of native and repurposed, they don’t have to spend too much time producing them and makes it easier to place this content on the platform.

So what do you think? Has Snapchat worked for your content strategy? If not, where do you think it fell short? 👻