One week after #FacebookDown—what did we learn? 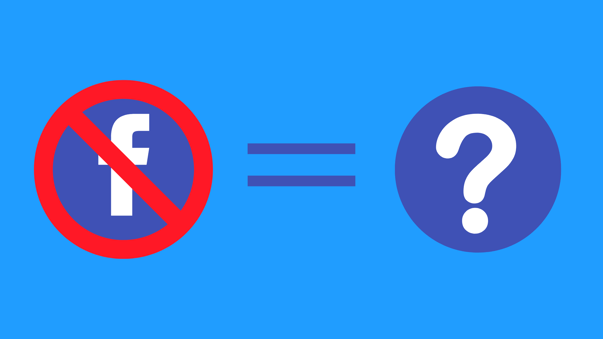 Last Monday, the digital world was rocked as Facebook, Instagram, and WhatsApp all went down for an unprecedented amount of time (about 6 hours, but it felt like forever, didn't it?) due to a combination of factors involving human error as well as a code update that went awry and prevented Facebook from accessing its own data centers.

The outage lasted long enough to expose some very interesting realities about how we behave online when we no longer have access to some of our favorite social media channels.

Publishers, in particular, have a lot to learn in case something like this ever happens again. Let's dive into some key takeaways!

What did the Facebook outage reveal about online users?

It's a no-brainer in 2021 --  many users use Facebook these days primarily as a way to find and consume content, encompassing everything from news articles to say, videos of the infamous talking, singing pumpkin. So when this avenue content discovery of  became unavailable, users went looking for new content elsewhere. But where did they go?

There are a couple of lessons to take away from this.

The first is that, while Facebook is really good at keeping users on their platform when everything is running smoothly, outages force users to look to other sources for the content they're used to consuming. Once it became apparent that this latest outage might be a prolonged one, users had to move on quickly so that they wouldn't fall behind in the fast-moving, 24/7 cycle of content and information that is our modern digital world.

The second lesson is that the publishers who were most able to benefit from the outage were those who excel at producing relevant, engaging content that new users were able to introduce themselves to seamlessly -- you never want to scare prospective new users from your content due to intimidating or messy UX, right?

How did the outage affect publishers' social media strategy?

The Facebook outage wasn't ALL good news for publishers. Many publishers use social media to attract an audience to their website, so when the outage occurred they suddenly lost access to a huge part of their audience. Publishers that rely heavily on social media referral traffic saw as much as half of their traffic go down.

This shows that heavily relying on a monolith like Facebook for traffic can backfire when that traffic is suddenly no longer available. While Facebook outages are infrequent (the last significant incident of this kind happened in 2019), publishers should still consider leveraging a variety of sources for traffic should similar outage scenarios occur in the future.

For example, making sure you engage with your audience on social media channels like Twitter and TikTok, which weren't impacted by the outage, can ensure that you're still able to connect with your users at all times and not get lost in the shuffle.

How can publishers reach their audience without social media?

Not all publishers have brand recognition the way CNN or The New York Times does, so publishers need to establish a direct relationship with their audience in order to be memorable enough to return to during an outage.

While social media marketing can be a great tool for attracting an audience, publishers need to think deeper about other ways to build and sustain a relationship with them instead of only considering traffic numbers. Loyal relationships are key to ensuring long-term success, regardless of what's happening in the online world.

If publishers want to succeed without relying on Facebook, they need to put in the effort to make sure audiences are constantly engaged with their content outside of the platform. Some ideas include:

Providing a variety of paths through which users can engage with your content is important, but it should also go hand-in-hand with your overall content creation strategy. You'll want to create content that aligns with your audience's interests and desires. This helps your audience connect with your brand and return when they are looking to discover new content—or simply looking to fulfill their content needs when Facebook goes down again (which it briefly did later in the week).

To sum it all up, publishers need to do the following things to be better prepared to handle an outage in the future:

Additionally, it's crucial to always be prepared to act quickly if a future widespread outage does occur. That may mean quickly diverting your activities to platforms that are still running smoothly or simply making sure you're producing content that is relevant to the outage itself and taking advantage of all of the buzz. As always, be proactive and don't be afraid to take some risks!

How did the Facebook outage affect your online community? Let us know in the comments below!