What Does Google MCM Mean for Publishers? 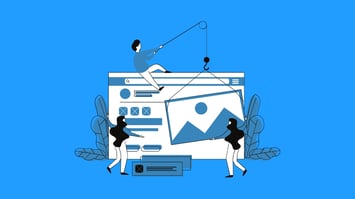 In a move that directly impacts publishers and their ad revenue, Google has recently announced that they’ll be replacing their Scaled Partner Management (SPM) program with Multiple Customer Management (MCM).

Effective September 30th, those publishers that monetize non-owned and operated ad inventory via a partner like Disqus will be required to switch over to MCM.

What do publishers need to know?

Publishers can delegate management of their ad inventory to larger publishers in what is referred to as a parent-child relationship, with the third-party publisher (for example, Disqus) managing the ad inventory acting as the “parent publisher,” while the smaller publisher (in the above example, publishers who use Disqus) whose inventory is being managed acts as the “child publisher.”

Google is seeking to build greater data privacy and security by giving child publishers more control over the levels of access granted to parent publishers.

This switch is part of a larger effort on Google's behalf to refine the ad industry by improving the relationship between advertisers and publishers. Google MCM will help to boost transparency between all parties involved in the exchange of ads.

It’s important to note that Google MCM does not grant Disqus access to our child publishers' ad accounts – we’re merely managing the ad inventory that exists inside of our commenting embed.

What action do publishers have to take?

Disqus will be managing this transition for our ad-supported publishers, so there’s no immediate action that you need to take. We’ll be reaching out to impacted publishers shortly to outline the process and ensure that it's as seamless as possible.

Ultimately, this change will optimize Disqus’ ability to maximize ad revenue on behalf of our publishers. That's a win!

Questions? Thoughts? We're all ears. Leave a comment down below and we'll set you straight.