Helping to power some of the coolest websites on the internet is one of our very favorite things about what we do here at Disqus.

Today we're going to get up close and personal with one of those websites. Let's talk about ScreenAge Wasteland!

More than just a site about movies + TV

According to Marmaduke Karlston, he co-founded ScreenAge Wasteland (SAW) in 2019 with Billy Dhalgren, K. Alvarez, Sailor Monsoon, Vincent Kane, B.B. Ben, and DryButSoupy with one goal: "to bring back the cinema conversations of old." Simply put, the site is dedicated to building a community of users who are passionate about every genre of cinema & TV.

Offering a diverse mix of entertainment content, ScreenAge Wasteland features everything from news articles to reviews to more open-ended discussions that really seek to encourage a fun and inclusive conversation amongst their readers. 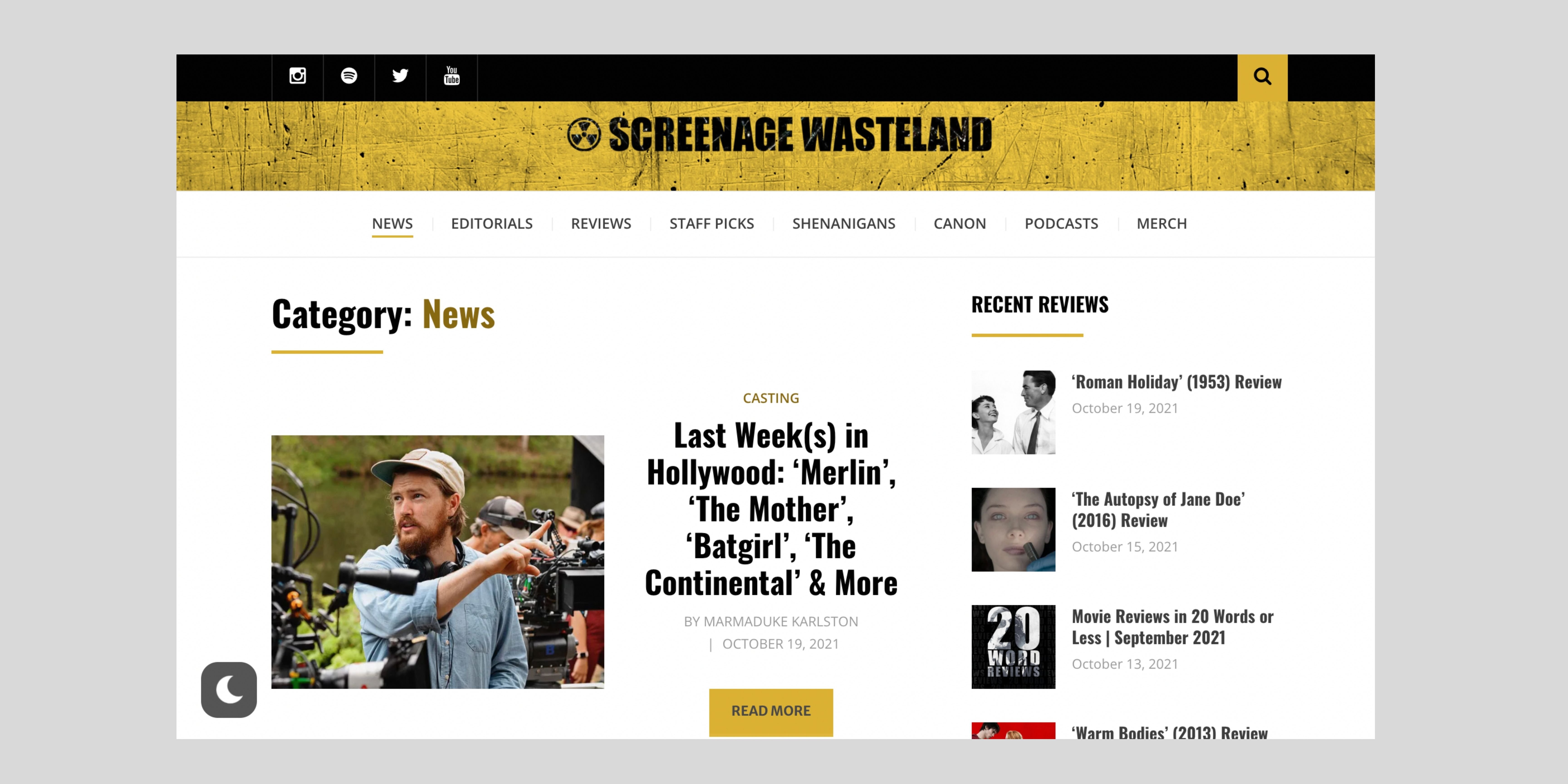 In just two years, ScreenAge Wasteland has been able to successfully carve out a niche in what must be a very crowded field, and that's due to its special focus on community as well as the passion for movies and television that the site's creators and users clearly share.

Karlston adds, "We want to try and recreate those late-night conversations at your local video store or the (sometimes heated) debates between friends and family."

Perhaps most impressive is the SAW Canon, a list of classic movies that the site believes is absolutely essential viewing for any serious movie buff.  From The Godfather (1972) to Mad Max: Fury Road (2015), the SAW Canon is chock-full of absolutely must-see films that will stand the test of time.

When it came time to think about potential beta testers for our then-in-development Badges feature, ScreenAge Wasteland immediately came to mind - and we were thrilled when they graciously agreed to test the feature for us.

According to Karlston, their community's response was uniformly enthusiastic.

"Badges have been a complete success with SAW. Our commenters really embraced the Badges. They were ecstatic whenever they were rewarded with one. Badges are a mutually beneficial feature: the commenters love to get them, and we love to see which commenters are clicking on our site daily."

The many benefits of Badges

As we hoped, the introduction of the feature served to provide immediate value not just for the commenters  - but for the site owners as well.

Karlston elaborates, "We love our regular commenters, so Badges immediately felt like a way of paying them back for their constant support of SAW. We quickly implemented Badges that rewarded users for the number of comments posted on the sites. Not only are commenters being rewarded for commenting on SAW, but the badges are a great and easy way to see which commenters not only come to the site often but post on a daily or weekly basis."

The site staff really appreciates how the feature lets them create personalized badges that fit in with the overall feel and visual aesthetic of the site. Karlston states, "I love being able to create and upload your own Badge art."

It shows -  just check out the collection of badges that SAW created:

You can tell that SAW really put some time and energy into creating their badges.  We asked Karlston if all of that time and effort was worth it. He responded, "Definitely. Everyone loves to be rewarded and nothing is better than earning something just for talking about something you love."

Asked if he would recommend the Badges feature to other publishers, Karlston had this to say: "My advice would be to give it a try if you have a large number of regular commenters. If your site has a good community that loves to engage with one another, then you cannot go wrong with trying it out."

Sounds to us like ScreenAge Wasteland is giving the Badges feature two thumbs up.

Since Halloween is coming up, we recommend that you head over to ScreenAge Wasteland's list of The 100 Greatest Horror Movies of All Time! Be sure to join in on the conversation and start earning yourself a badge or two (or three).